This week I bring to you the built-in scripting editor.

It features full integration with the engine. It will have it’s own crappier version of intellisense using reflection. 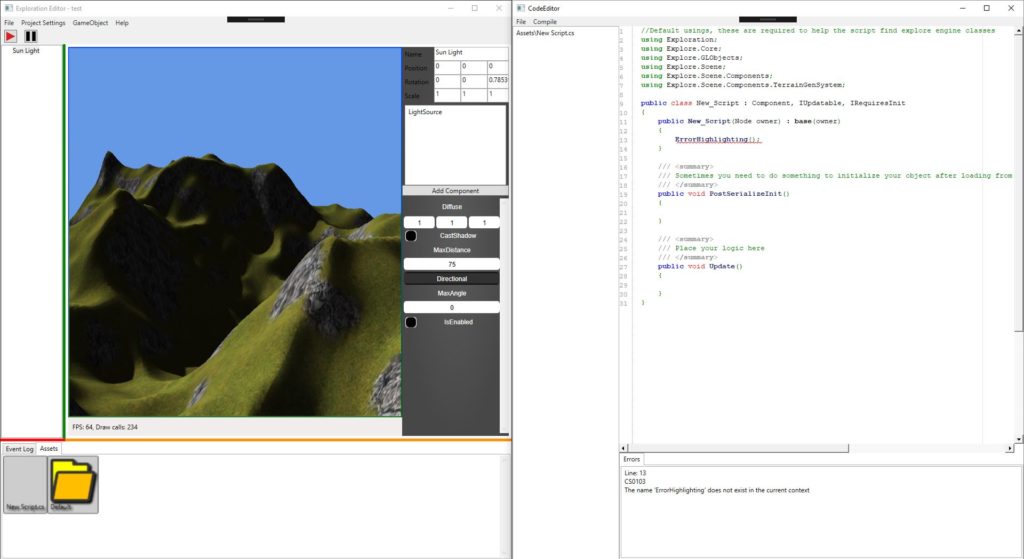 The script editor highlights the reasons your code did not compile.  Built using ICSharpCode.TextEditor it has many possibilities. I’m hoping to eventually have full debugging support. Which means no huge download of Visual Studio would be necessary.

It opens in its own window, so it fits my monitor nicely in both halves of the screen. People with dual monitors can have an editor in both monitors.

While I get the script editor fully working. I’ll be putting up some articles and references on scripting for EE.

Click the screenshot to get a more zoomed in version to see what’s been done so far. And yes, the components load and work in the engine!

I’ve also ironed out a few bugs in the play/pause/stop system. Hope to start working on MySQL soon. But that’ll have to wait until I get more editor stuff done. I wanna get some demos out.