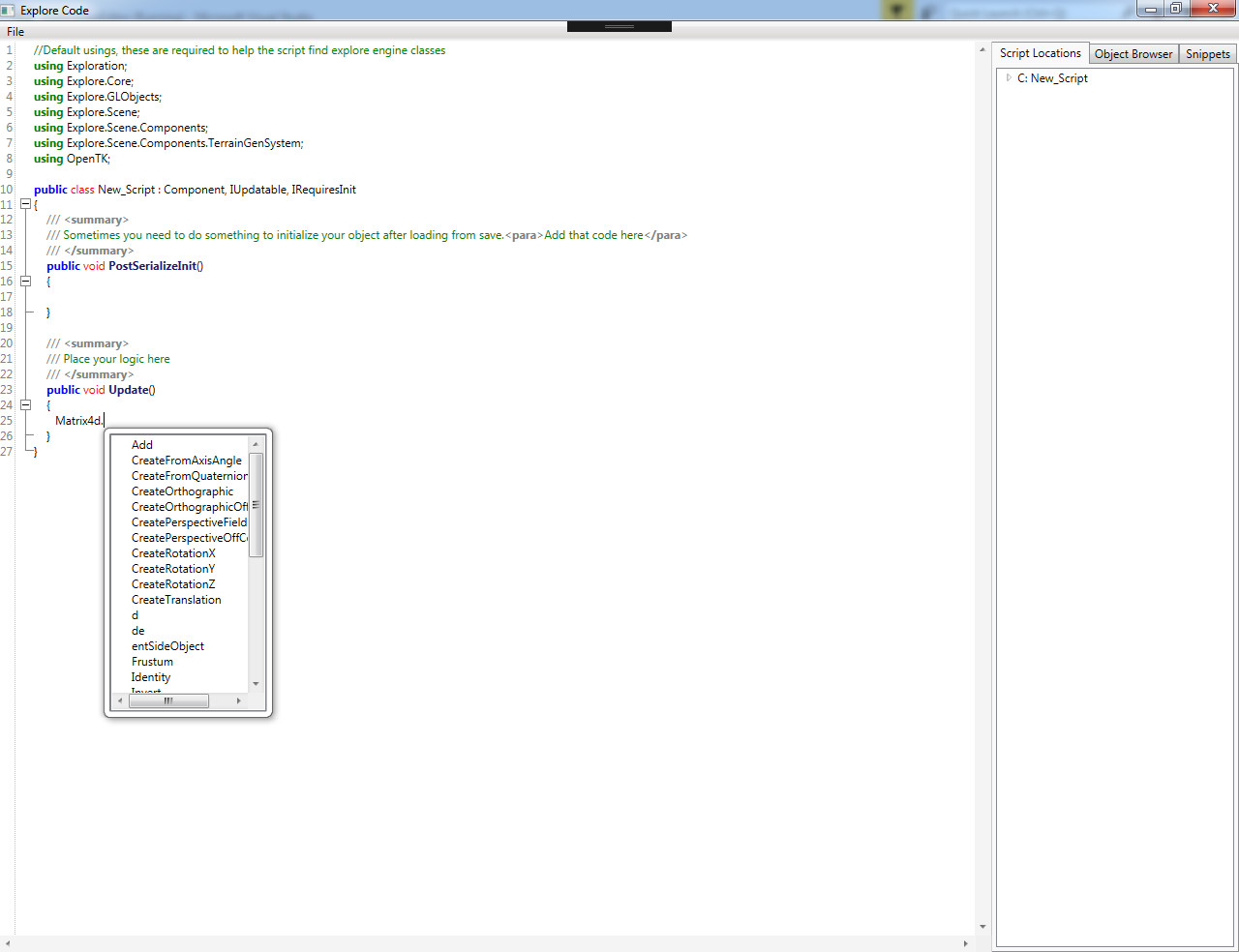 The Editor Launcher now loads this blog from RSS feed, which means you’ll never miss out on what’s happening with Explore Engine.

Scatter objects are what are used to add Trees and Rocks to the world. They take full advantage of instancing. Instancing is when you send a model in to the graphics card with multiple position info. That model is then rendered in all those positions.

The in-game graphical user interface has made beginnings. It allows for easier debugging and drawing dialog boxes, sprites and text. Both in the world and on the screen.

The script editor has recieved some love, and now has code-completion. It will also have a code-snippet/examples browser which is still a work in progress. The script editors name is Explore Code and it is designed to help with getting your code done without having to look far for documentation, references and examples.

The script editor still needs a lot of bug fixes and improvements. But it’s not super high on the priority right now.