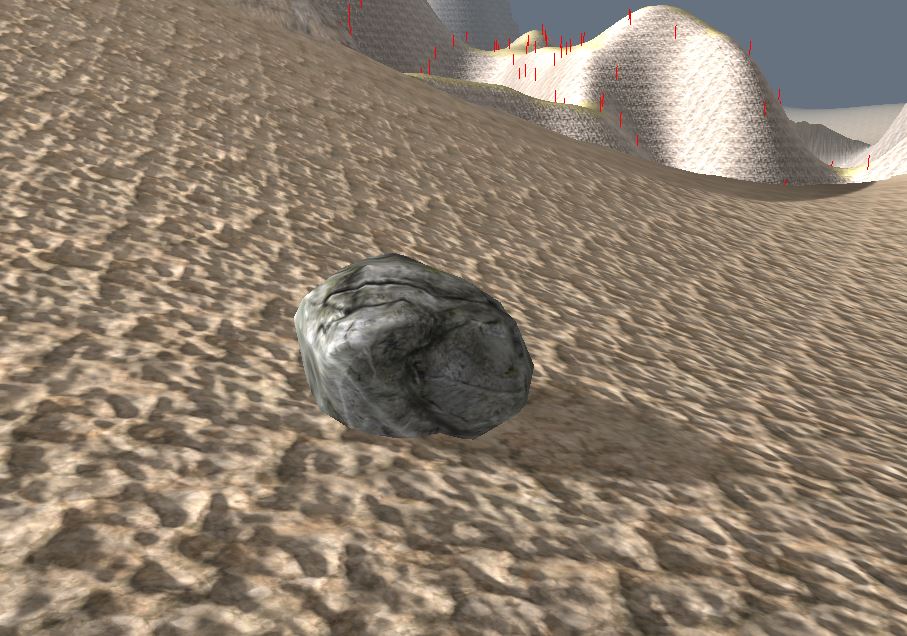 There hasn’t been many updates in the last month, I’ve just been super busy digging in on getting scatters working. Such as:

What remains for scatters

Need to think of a way to pass multiple coordinates in to the renderer to take advantage of instancing. Instancing is where the CPU sends only one model, but the GPU renders it in multiple places. This massively improves frame-rate because less information and draw calls has to be done from the CPU.

Due to net-code restrictions there is a maximum of 256 scatters per terrain chunk. The reason it’s 256 and not 255 is because if there are no scatters no message is sent. So the number starts at 1 instead of 0.

This limitation is mostly implemented to help keep the network packet size under MTU for better performance. If you need more dense scatters I recommend using a smaller chunk size, and a higher chunk view distance. (Performance will be affected).